Blog / Articles / Compound Interest – the most powerful force in the universe!

When saving for a long-term goal, such as retirement, is it better to save small amounts for a long time, perhaps saving when we can ill-afford to, or waiting until later in life and putting larger amounts aside when it is more affordable?

This question has plagued society for decades and I fully understand the dilemma it presents.

So, let’s look at both sides of the debate and put some simple figures together.

At the outset, let’s set some ground rules in place:

According to the ASIC’s Moneysmart Calculator, we would accumulate a total of $661,275 over a 40-year period.

But hypothetically, what if we earn 10% per annum instead of earning 5% per annum. After all, investing for 45 years, or even for 20 years, is long-term investing.

But let’s return to the results.

Sounds too good to be true, doesn’t it? Don’t worry, I ran the calculations a second time to check. 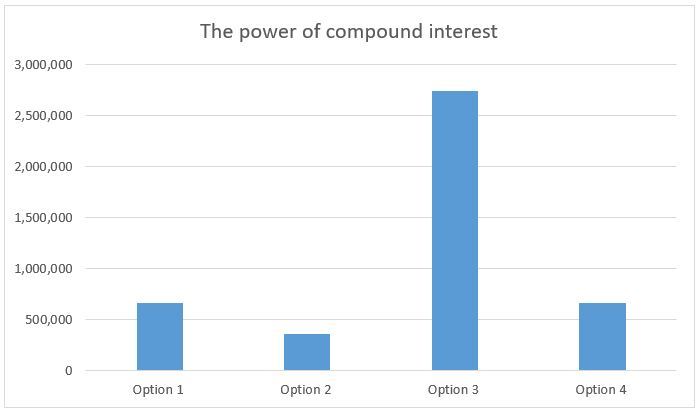 Saving a smaller amount for a longer period certainly seems to win out.

In the words of Albert Einstein ‘Compound interest is the most powerful force in the universe’.

The Peak Partnership would like to acknowledge Peter Kelly of Professional Investment Services Pty Ltd for supplying this article.